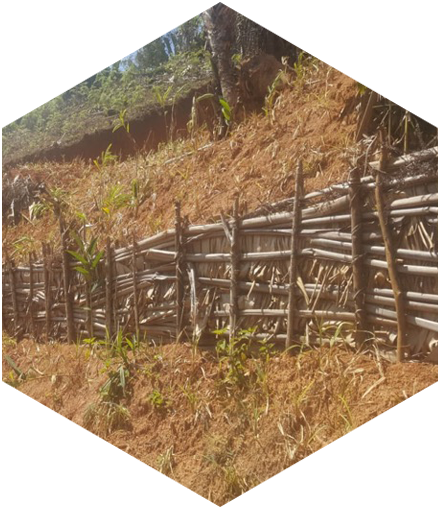 Tirupati is committed to working in an environment friendly way, reducing the carbon footprint to a minimum at all levels of the company. A few efforts taken by the company for the same are listed below:

An efficient and detailed mine plan is developed. The non-mineralized mined material is used in land-filling and for earthwork in the projects. More than twice the green cover is planted and taken care of for proper growth and replenishment of the removed cover.

All plants are installed with air filters, water sprinklers to minimize the dust released to less than 1%. 100% of the non-consumed water from processing is treated, recycled and reused. The tailings generated from processing, majorly containing gangue of the ore, will be used for land filling as fertile top soil in barren and non-mineralized areas. This will promote horticulture and farming in the region.

Multiple soil and slope stabilization activities have been performed in areas where internal roads were made or had erosion tendencies to benefit the environment and the community. Plantation of local vegetation, grasses, use of geotextiles where needed have been implemented. Base camps are powered using solar energy.